This week, a journey across borders and up the monthly global music chart, from New Orleans at #10 to the Israeli-Malian collaboration at #1. Plus new releases and show previews in hour 2. Good luck for all, even on Friday the 13th.

END_OF_DOCUMENT_TOKEN_TO_BE_REPLACED

This week, a romp through the sounds of our monthly Top 10 chart, featuring the best new music on Planet Earth. Full reviews of many of these albums coming soon at SoundRoots.org —

END_OF_DOCUMENT_TOKEN_TO_BE_REPLACED

In which we count down songs from the ten best new global albums. (See STG’s charts page.) Plus an interview with folks from Lolo Diklo:Romani Against Racism about music in Roma (Gypsy) culture, and the visa problems that led to the cancellation of Esma “Queen of the Gypsies” Redzepova’s  Seattle visit.

This week’s show features selections from the SoundRoots / Spin The Globe August Top 10 Global Albums chart in the first hour, and various old and new music in the second hour.

This week’s show ran through our ten favorite new releases in the whole world… plus some new releases, faves, and concert previews. For more on the chart-topping CDs heard here, see the charts page.

Time again for a run though the top 10 chart. Not some fluffy, predictable pop chart, but the globally esteemed Spin The Globe Top 10 Chart (it even gets capitalized!). Lots of new albums in this month’s chart, from the desert blues of Vieux Farka Toure (and some prominent guests) to the urban funk of Israeli group Hadag Nahash. In hour 2, you’ll find more new releases, along with some concert previews. Thanks for grooving globally with us!

We ran through our Top 10 World Music albums for March today, plus some new releases and old faves in hour 2. Congrats to the listeners who won tickets to see the Flying Karamazov Brothers during this show!

Remember, you can catch the archive of this show for a limited time at http://soundroots.podomatic.com

And you can still grab this show — and subscribe so you’ll never miss an episode — via iTunes.

It’s not every day you wake up to a revolution. Though halfway across the world, the events in Egypt are no less thrilling and fascinating to all who stand with the people against undemocratic, unrepresentative rule. May the people of Egypt (and elsewhere) find a smooth transition to something better. The whole world will be the better for it.

We started the music today with Nubian grooving, then launched into a countdown of the ten best new global releases, from #10 AfroCubism to #1 Yemen Blues. Other fun followed in the second hour, from Irish by request to more Egyptian music and a preview of the new Pena Vol. 2 album. Enjoy!

Remember, you can catch the archive of this show for a limited time at soundroots.podomatic.com

I usually wait until the new year for my best-of show. But I got to thinking…perhaps you need an idea for a holiday gift for that special someone (or yourself!). So here’s your best of 2010 global music sampler. Among the great music released this year, there’s certainly something for everyone. 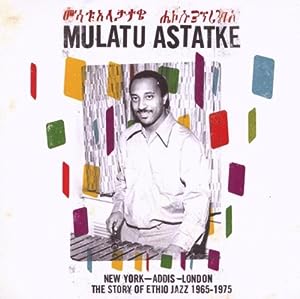 It’s that time of year…the time when the spiders disappear to parts unknown, media outlets try to guilt you into spending thousands of dollars on gifts, and eggnog lattes show up at drive-through espresso stands. Which means it’s time for the annual review of global music over the past year.

2010 wasn’t the biggest year. Wars here and there, the Winter Olympics, tsunamis and volcanoes and mine collapses and earthquakes. Wikileaks, elections, and the release of Aung San Suu Kyi. Neither was it a big year for most of our favorite names in world music. No new albums from Youssou N’Dour or Oliver Mtukudzi, Fanfare Ciocarlia or Susheela Raman, Baka Beyond or Antibalas.

The good news is that without big-name-artist releases hogging the limelight, the year was open to new artists — artists such as Ethiopian-Israeli rappers Axum, NYC-bhangra troupe Red Baraat, and the mysterious sounds of Norwegian group Jienat.

Use this as a shopping list for your global-music friends and family, or as a starting point for your own further exploration of modern world music sounds. Each album links to a review or a site where you can hear song samples and/or purchase the album. The list is in no particular order, and is a combination of fact (airplay, listener response, emails, comments) and my own tastes. I spelled out my criteria in an earlier post:

The best global albums … should first of all be ones that you turn to again and again. They should have some global impact, perhaps spawning imitators and spreading certain rhythms. And they should have clear roots in their local culture, have a message that’s rooted in that culture but is also universal. Finally, they should simply hit you where it counts.

Here are the top 20 albums of 2010 that hit Spin The Globe where it counts:

Most of these have been reviewed previously on SoundRoots, so dig around and enjoy the music. Happy exploring, friends!

Catch Spin The Globe every Friday from 11am to 1pm Pacific USA time at 89.3 fm or streaming live via:

Most of the music played on Spin the Globe is available at:
CD Baby | or CD Universe | or Amazon